The elaborate pattern we see in the book of Esther gives clues about what it means to be an intercessor. We can learn the protocol of approaching the King in the heavenly palace.

Esther was an undercover agent. Esther wasn’t even her real name. She was really called Hadassah (the Hebrew name for the myrtle plant) originally by her Jewish parents. Who, by the way, we never get to hear much about. Nor does she disclose her Jewish identity while in the court of the Persian king Artaxerxes, until absolutely necessary….

Source: The Secrets of Esther the Intercessor – ONE FOR ISRAEL Ministry 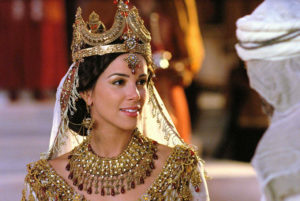 A new and interesting theory has garnered recent attention which connects Queen Esther and Hanukkah to the Rapture of the Church:

In the Book of Esther, the King threw a banquet for Esther on the First Day of the month of Tevet which falls on the same day as the 7th Day of Hannukah this year.

The King set a royal crown on her head, proclaimed a holiday, distributed gifts with royal liberality.

Many see another layer of meaning in the story of Esther where she is symbolic of the Bride of Christ.

Crowns will be awarded to the Saints, who are ‘The Bride of Christ’, once they are in Heaven. Could the crowning and banquet be symbolic of the Wedding Supper of the Lamb, who is the King of the Universe?

Could the 7th Day of Hanukkah be symbolic of the ‘Millennium of Peace’ which commences sometime near the end of 6,000 years of history?

It is interesting that the Gentiles played a similar role to Esther by saving the Jews.  Were it not for the United States Army, the Jews could have been almost completely destroyed by the Nazis (Haman/AntiChrist).

The United States has been blessed by God for being the protector of the Jews and of Israel.

If he does not sign &/or declares Jerusalem as the capital then it is expected that there will be reprisals from the Muslims; Palestinians, Syrians, Iranians, Jordanians, perhaps even the Saudis would be less than thrilled about this. If he postpones for another six months the same reprisals should be expected. In my opinion, in light of his campaign promises and his daughter’s conversion to Judaism, odds are good that President Trump will continue to show great favor towards Israel.

(Just as Haman began building the gallows and making preparations for the destruction of the Jews, the Ezekiel 38 coalition between the Iranians, Turks and Russians has formed for the first time in history and are preparing for war in Syria and Lebanon right now).

120 years in the Bible seems to be the time for warning of an upcoming ‘turning’ of things or significant change.

i.e. Noah was warned of the Flood 120 years in advance. Also, God decreed that the maximum lifespan of mankind would be 120 years, one of the numbers that is symbolic of a generation.

120 years from the First Zionist National Congress which was held August 1897 brings us to 2017.

With 120 years in mind as being representative of a generation, let’s take a closer look at what Jesus said in Matthew 24.

“Truly I say to you, this generation will not pass away until all these things take place.”

Theodor Herzl, who called for the First Zionist National Congress in 1897, wrote in his notes that day that he had initiated the re-establishment of Israel, or the ‘budding of the fig tree’.

Many Christians bristle at the suggestion that Jesus was speaking primarily to the Jews in Matthew 24, and secondly to the Church.  While it is true that many of the ‘signs’ Jesus told His Jewish disciples to watch for also apply to the time of the Gentiles, the Church will have already been ‘saved’ by Jesus’ final sacrifice on the cross, so when Jesus says, “But he who endures to the end shall be SAVED” He is speaking of the Jewish Tribulation Saints because they were not already ‘saved’ by having accepting Jesus as their Messiah before the Tribulation began. It has been suggested that the mission of the 144,000 Jews from every tribe is to preach the gospel of the kingdom in all the world as a witness to all the nations.

The suggestion that Jesus was speaking primarily to the Jews and not the Church is further supported by Matthew 24:15,

“Therefore when you see the ‘abomination of desolation,’ spoken of by Daniel the prophet, standing in the holy place”

The antiChrist isn’t revealed until after the Church has been removed from the earth.  It’s the Jewish Tribulation-Saints who are told to flee to the Mountains, as it would be physically impossible for the Church throughout the world to flee to the mountains in Judea.  Therefore, the ‘elect’ in Matthew 24 are the Jewish Tribulation Saints.  It is for their sake that these days will be cut short.

Antiochus Epiphanes who persecuted the Jews was a type of antichrist who defiled the Holy of Holies in the Temple before the rebellion of the Jewish Maccabees, which led to the miracle of the menorah remaining lit for eight days even though there was only enough oil for one. Hence the celebration of Hanukkah. Every Jew knows this story well. During the Tribulation, when the antichrist creates the Abomination of Desolation in the rebuilt Temple, every Jew will immediately recognize the connection to Antiochus Epiphanes, but this time they are to flee, and leave the fighting to their Messiah.

This year, the 7th Day of Hanukkah also coincides with 1st of the month of Tevet on December 20th, 2017.

It has been suggested that the 7 Lamp Stands in front of God’s throne in Revelation are symbolic of the menorah and celebrating Hanukkah, aka “The Feast of Dedication”, which happens in winter.

It was on the 1st of Tevet in the winter when the King took Esther as his wife and crowned her Queen of Persia, proclaiming a holiday and distributing gifts with royal liberality.

1 King Ahasuerus laid a tribute on the land, and on the islands of the sea. 2 All the acts of his power and of his might, and the full account of the greatness of Mordecai, to which the king advanced him, aren’t they written in the book of the chronicles of the kings of Media and Persia? 3 For Mordecai the Jew was next to King Ahasuerus, and great among the Jews, and accepted by the multitude of his brothers, seeking the good of his people, and speaking peace to all his descendants.